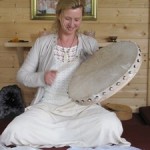 The White Insha Shamanism is shamanism of the white light, and it connects heaven and earth. This shamanism brings aspects from Heaven, which could only be guessed at on the Earth in the past.

It is accompanied by 9 white holy power animals. A white eagle, a white buffalo, a white snake, a white iguana, a white butterfly, a white lion, a white elephant, a white phoenix and a white unicorn. These animals have been protected in Heaven for the healing of the worlds.

Insha Shamanism comes down to Earth in times when the worlds want to heal in peace.  In holy rituals, which initiate healing, Heaven is opened to gather the stream of Heaven and bring it down in order to heal the Earth. The shamans undergo initiations to find themselves in the white magic, which is holy and protected in heaven. This shamanism is carried by a white flame in which the shamans can recognize themselves.

Insha Shamanism connects heaven and earth, wanders through the realms of the stars and encompasses star initiations that are searching to find an expression here on Earth. At the same time, the White Light of Insha Shamanism opens its access to the worlds of the elfs and devas and their healing sources. A healing power that is different and created out of the divine matrix is set free from the realms of the devas, the plants and the stones. The people who are drawn to this shamanism feel, search for and know about their ONE-ness. They can mediate between heaven and earth and use the power of creation, which helps others to heal and helps the Earth to heal. Contained within the training is an access to the 4 elements, which are also used for healing humans, animals and the environment.  People who find themselves in this holy tradition find their own heaven and are enabled to touch humans with their heaven.
Price: 3.000,00€ + 20,0% VAT (F) each block

Shamanism Training – A group of participants speaks about their experiences

The Training in White INSHA Shamanism is above all a work on oneself. In an interview with participants I learn more about the contents of the Training and the personal changes that arose from it. This new shamanism brings the body, which represents the element earth, back into harmony with the soul, which represents heaven.

I learn from Illah, a participant, how the shamanic work takes place. She tells me that the theoretical introduction into the quality of the white power animal and the initiation into it is immediately followed by practical work, which triggers the participants’ own healing process. That immediate practical application is something she especially likes about the training. I am impressed by her enthusiasm for her shamanic training.

“We go into nature, work together and see which qualities of the power animal each one of us has. The healing rituals that follow, literally just fall from heaven. We don’t have to put in any effort, it just happens out of ourselves, in cooperation with the relevant sacred power animal” 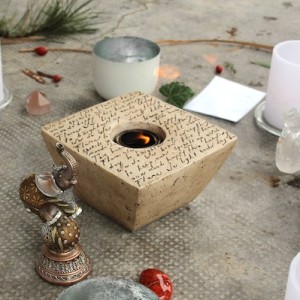 Every day the shamans are initiated into one of the nine white power animals. These are animals such as the White Snake and the White Elephant, but also mystical animals like the White Unicorn and the White Phoenix. By working with the power animals and working through a lot of old pain and injuries a lot of transformation happens. Because, as explained by Insha: ” What we do for ourselves, we also always do for others, it always enters the consciousness of all humanity.” The task of the White Shamans is to heal the earth and the soul of the people. The power animals bestow the energy to work on oneself. The participants travel with them to other worlds or become the power animals. “The greatest gift in this is to experience healing for one-self and then to be able to pass it on,” Illah says, leaving me with the feeling that the training with INSHA is the right decision for me.

Shamanic Healing – now at the speed of light

In particular, the impact of the training in White Shamanism amazes me in the interview with the participants . Suki, for example tells that she has grown and feels much more seen by others. As a healer, the training has brought her more clients and gives her faster access to what helps best in each situation. Shalana confirms that: “I have participated in many trainings with INSHA. In this training, it is so special that everything is completely clear. Everything I get from the spiritual world is immediately implementable. That gives me more confidence, I feel more free, both from the demands of other people and especially from my own demands towards myself. I become happier and feel much lighter. This change is incredible for me. In this training I repeatedly go through very painful processes, but immediately after the work, I can also feel what has dissolved and changed. A process which used to take months or years and with peculiarities or patterns I didn’t think I could ever cast off now happens at the speed of light. That’s just amazing!” Shalana’s change also had an effect on her environment. Her daughter, who had been skeptical towards her healing work, suddenly helped her in choosing her power animal symbols and was curious what effects the symbols have. “For me, this was a first step towards a better understanding” she explains.

“I open up wider and the environment opens up as well, the more secure I become”

INSHA finds her work particularly gratifying when she can guide people to their completion. When she sees that participants have become themselves at an incredible speed, she is touched again and again. That’s certainly an indication of the quality of the training to become a White Shaman with her.

What I find particularly touching in the training of the White Shamans with INSHA, is the contact with nature and nature beings, as well as working with the white power animals. Elian, a participant, already told me at the beginning of the interview of her path to shamanic work. She had the feeling that Mother Earth had called her. Through the training, she wanted to show her deep respect and deepen the connection to Mother Earth. Certainly, many of the participants can say that. 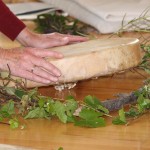 Working with the white power animals and the intuitive creation of innate (healing) rituals constitutes, as already reported, a large portion of the Training of the White Shamans

Illah tells a story of how it can look like when inner guidance is leading you. She says that she was in the forest looking for a power animal symbol. Intuitively, she went off the main path and was suddenly asked by the nature beings to sing for them. She followed this request and made the beings this gift. She clearly felt that something had changed by the singing, but could not tell what it was. Suddenly she even found two totem symbols. It was as if they were “put in front” of her. “That’s it: make each other happy and give presents,” she says touched. “In this way, we are all one unity,” she summarizes. The story touches me deeply, because it shows that there is an invisible connection between us human beings and nature beings.

Shamanic power place – Manifest the energy of the power animals

Rajha, who is sometimes still a bit unsure of her perceptions and not yet able to grasp some of them at times, tells me with both surprise and excitement, about her experience of the initiation in the power animal “White Buffalo”. First, a power place for the power animal buffalo was built and INSHA told her that she would then be examined by the Buffalo. So Rajha thought, “How am I checked by the Buffalo now?”. She had no idea what might happen. She describes how the Buffalo suddenly stood there: she looked at him, he looked at her and suddenly she experienced a number of deep feelings. Only then could she go one step further. In total, she had to go through seven gates. “At the third I wanted to say: no step further, this is too exhausting for me,” she says today, laughing. However, she continued on and in the end, the path to the animal was free for her. She was able to come in contact and travel with it and become one with it. With the help of the animal, she was given a tool from her heaven. Another time, at the initiation of the “White Lion,” two parts were given to her, which she was to bring to the worlds of the elves, so that they would manifest the parts for her. Rajha could not imagine how that could happen. But she saw how the elves enveloped the parts with yarn and only then she could see what kind of tools they were. Since then, she has been using these tools, whether at work, during the training or at home. The energy flows back and forth between the tools and people notice their effect. It works.
“The fairies and elves are close allies of the White Shamans,” INSHA tells me. “They explain a lot for us and we bring gifts therefore, to make the contact again,” she says. The White Shaman also gets in contact with other beings of nature, as well as the four elements, which are also beings that explain things. Getting back in touch with the animated Mother Nature has a loving and beneficial effect on me and I have a way to get in touch with her and take part, in a spiritual way, in the healing of our environment.

We use cookies and third part services like youtube to ensure that we give you the best experience on our website. If you continue to use this site we will assume that you are happy with it.OkRead more